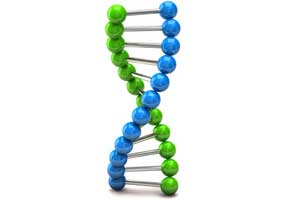 Breed the best to the best and HOPE for the best is what breeders aim for when selecting breeding partners for their dogs. How often have you noticed that two champion parents together failed to produce a single champion or in that case a decent-looking offspring whereas two average parents when bred together produced winning offspring every time the breeding was repeated? Sound familiar?

On January 17th, 1869 in Italy a person named Federico Tesio was born. During his lifetime (85 years) he bred some of the best racehorses in the world. His horses dominated the racing scene winning most of the prestigious races entered. Their presence was also felt as to how they produced. Horses such as Nearco, Tenerani, Niccolo Dell’Arca, Donatello 2, and Ribot (to name a few) made their mark as successful racehorses but also as producers. With a small group of mares, Tesio was able to dominate the thoroughbred breeding industry based on his breeding approach. When studying the pedigrees of his famous horses the same line-breeding principle is continually applied:

Linebreeding back to famous horses (champions and producers) primarily through their daughters!

When examining the above selection criteria one sees that these criteria are quite similar to what dog breeders want to achieve:

Federico Tesio achieved his success based on his breeding method of line breeding back to famous horses through the maternal line.

Studying the pedigrees of influential dogs in our breed (confirmation and breeding) has continuously alerted me that they all have one thing in common. That is that they all had excellent mothers or were line bred to or descended from a strong maternal line. This is not a coincidence.

What Tesio focused on was the X chromosome that is passed down from the mother to her sons and daughters in each generation.

When a sperm cell and an egg cell (oocyte) combine during fertilization, each cell passes 50% of its DNA to the new cell created. This cell forms the future individually and it continues to multiply and activate different genes to eventually produce the new individual. The process in which the DNA is passed on to the new fertilized egg cell results in a totally new combination of DNA. This process during conception is known as “crossing over.” This occurs with each chromosome.

The X chromosome is larger than that of the Y chromosome and carries more genetic information.  Her sons again can only pass it on to their daughters. That is why when I analyze a stud dog the first thing that I look at is who his mother, grandmother, and great grandmother are.

Gregor Mendel (the father of genetics) was the monk who dedicated his life to growing peas to try to find as to how certain characteristics such as pea colour and size were inherited. His principles have become the foundation upon which our current genetics and breeding plans with regards to dog breeding is based upon.

An American scientist (Thomas Morgan) went one step further and discovered what has been known as “sex-linked genes.” He experimented with fruit flies and discovered the following:

The significance of this experiment was that some traits are sex-linked being determined by one parent. This was later attributed to the X chromosome that female fruit flies pass on to their sons and the X-chromosome that all of the female flies receive from the male parent fly.

During the conception (uniting of a sperm cell with an egg cell) the following can occur:

A male dog who has an excellent mother (brood bitch or confirmation, preferably both) has received her X chromosome that contains her DNA. This X chromosome is again passed on to his daughters. This is referred to as a dog that is a “good brood bitch sire.”

If you study the pedigree of influential sires you will find that they all had one thing in common. They all had excellent mothers. These bitches may not all have been champions but they were excellent producers being able to pass their strong X chromosome onto their sons who were able to pass it on to their daughters.

Some breeders try to increase the chance of their puppies inheriting the strong X chromosome from a famous foundation bitch by line breeding back to her. This is done through the sire and dam since both may carry the X chromosome.

But not when line-breeding via his sons (they do not inherit the X-chromosome from their sire, they only acquire his Y chromosome).

For genes that are not connected to the X chromosome, there is no difference as to whether it is passed from the bitch or not.

The result of a successful litter is not just the result of one good chromosome but of all 39. Yet the X and the Y chromosome are the only ones that we can follow in a pedigree to be able to determine where the good genes come from.

Good brood bitches will have two good strong X chromosomes and are able to produce excellent offspring since they are able to pass on either one of their X chromosomes. When examining a pedigree the first thing that I ask myself is how strong the bitch line is? Has the bitch line been able to reproduce itself over and over again in each generation?

An example of this is the Labrador Retriever “Covetwood Elouise of Carpenny.” An English show champion, winner of at least 10 challenge certificates, and Best in Show two times at the Labrador Retriever Club Champion Show (Great Britain). Her fantastic show record speaks for herself, yet as a brood bitch she really revealed how she was able to pass her looks onto her children. When bred to Augustus Tuplady of Leospring a dog of field trial lines and a field trial winner himself, a son from that litter was Carpenny Anchorman, a show champion himself who was also Best of Breed at Crusts in 2004! In each litter when bred to different stud dogs she produced champions (Walpole and Rustina) who themselves went on to produce champion offspring.

With the wrong bitch a (future) stud dog can fail miserably! Therefore we cannot make a judgment of a young sire based on one litter alone. In the ideal world, it would be to breed him to different bitches of different bloodlines. Once these puppies mature and develop an indication can be given as to what his strengths and weaknesses are as a breeding animal. Remember no stud dog is perfect.  Dominant stud dogs (prepotent) are few and far between! Find them and use them wisely!

With the genetically correct bitch, all stud dogs can succeed! With the wrong bitch a (potential) stud dog can fail (miserably).

We use cookies on our website to give you the most relevant experience by remembering your preferences and repeat visits. By clicking “Accept All”, you consent to the use of ALL the cookies. However, you may visit "Cookie Settings" to provide a controlled consent.
Cookie SettingsAccept All
Manage consent

This website uses cookies to improve your experience while you navigate through the website. Out of these, the cookies that are categorized as necessary are stored on your browser as they are essential for the working of basic functionalities of the website. We also use third-party cookies that help us analyze and understand how you use this website. These cookies will be stored in your browser only with your consent. You also have the option to opt-out of these cookies. But opting out of some of these cookies may affect your browsing experience.
Necessary Always Enabled
Necessary cookies are absolutely essential for the website to function properly. This category only includes cookies that ensures basic functionalities and security features of the website. These cookies do not store any personal information.
Non-necessary
Any cookies that may not be particularly necessary for the website to function and is used specifically to collect user personal data via analytics, ads, other embedded contents are termed as non-necessary cookies. It is mandatory to procure user consent prior to running these cookies on your website.
SAVE & ACCEPT